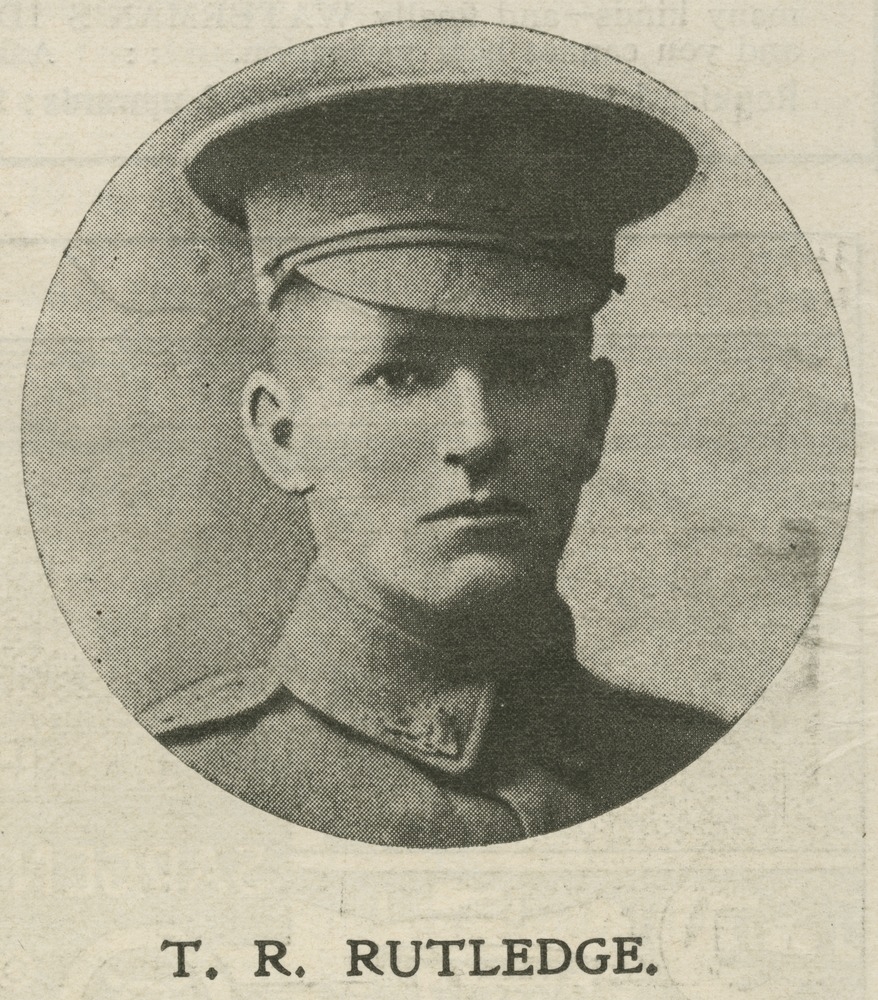 Thomas Rutledge was wounded at Gaza in November 1917 and evacuated to the 14th Australian General Hospital at Abbassia. He re-joined his unit in February 1918 and was killed in action in Palestine on 19 April. He was buried near Kabr Mujahid but after the war his grave could not found. He was 22. His brother Francis was in the same unit and was with him when he was killed.