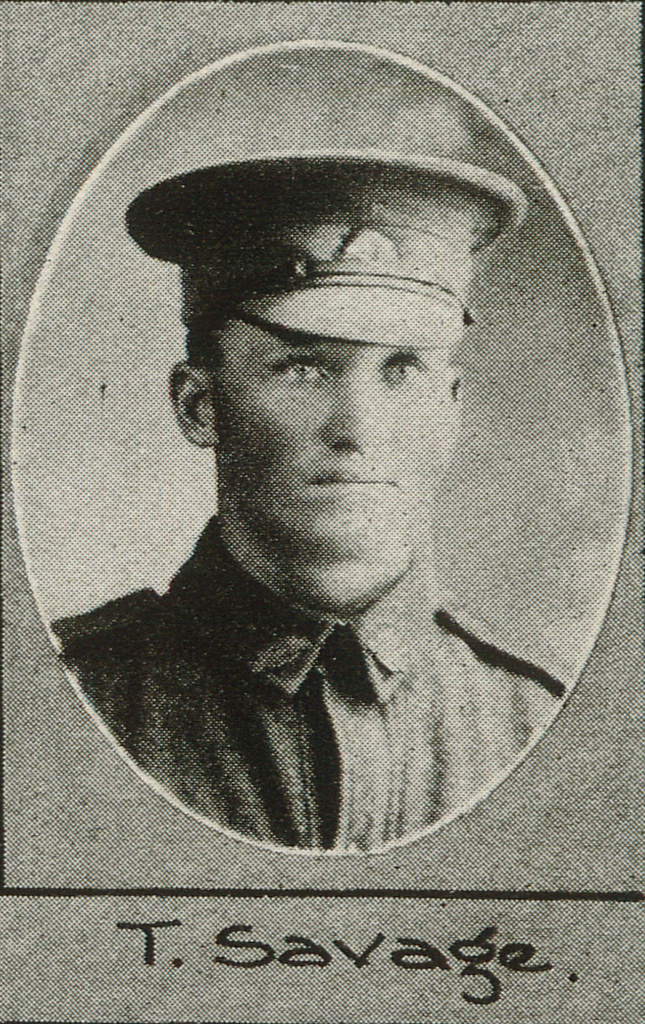 Thomas Savage arrived in France in August 1916 where the 25th battalion was engaged at Pozieres, its first major battle. In May 1917 at Noreuil he was killed in action while acting as a runner for his battalion and was buried the same day.