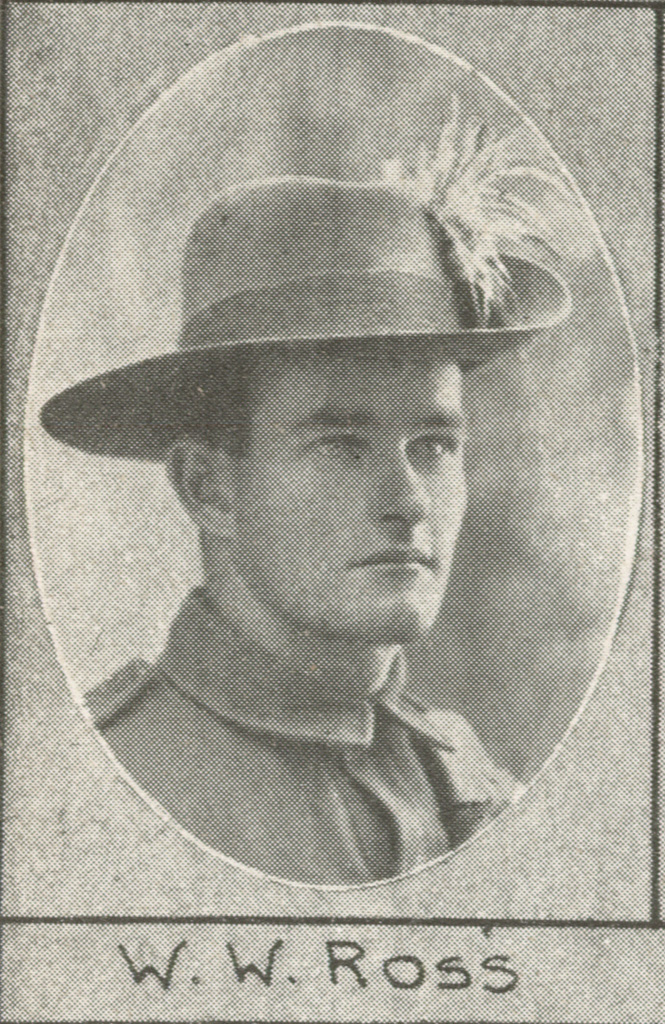 Wilfred Ross landed at Gallipoli from Egypt in May 1915. In September he was sent to Malta with dysentery, then to King George’s Hospital in London. He returned to Egypt in March 1917. In Palestine on 8 November he was killed in action at Tel-Abu-Dilakh and buried in the village of Kirbet-um-Batieh. His body was later re-interred at Beersheba War Cemetery.