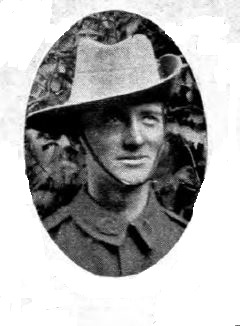 William Berry transferred to the newly-raised 47th Battalion in Egypt in April 1916 and arrived in France in July. Five weeks later he was killed in action at Pozieres. He was 22. His body was never found.