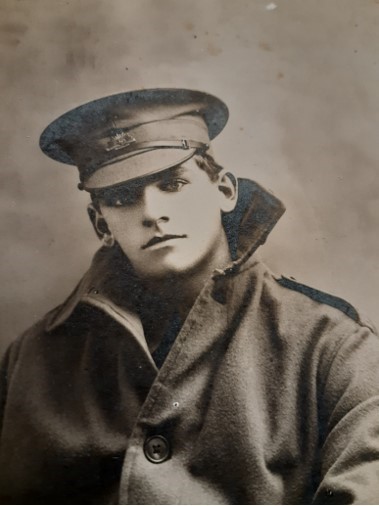 Military Medal citation: "During operations of 26th/27th August 1918 east of Bray, this man together with Private R.C. Houston, was in the front line position and saw an enemy ambulance car leaving the vicinity of our lines. These men left their position and worked towards the car under heavy machine gun fire. Before the driver had time to escape they captured the car, entered it and ordered the driver to return to our lines. On seeing the car turn about the enemy opened fire and killed the driver. Browne and Houston succeeded in bringing in the car."