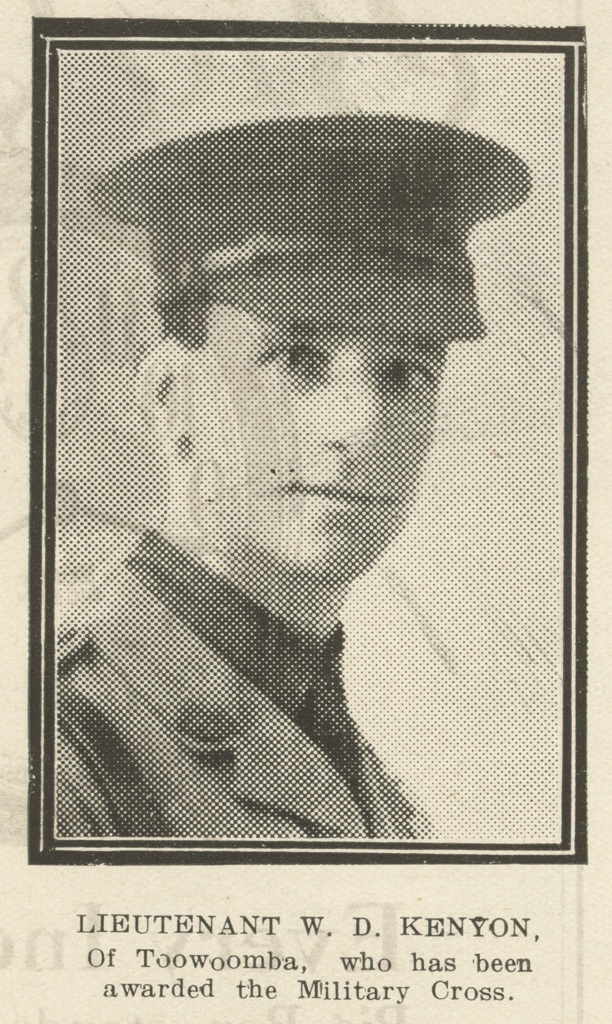 During the battle in France on 13 April 1917 in which his actions earned him the Military Medal, Kenyon was severely wounded in his right leg. He was admitted to hospital in Rouen and later promoted to Captain. Due to the severity of his wound he was eventually transferred to London where his leg was amputated in January 1918. He was invalided to Australia seven months later.

Military Cross citation: "For conspicuous gallantry and devotion to duty. He led his platoon in the attack, and inspired his men to such an extent by his courage and determination that they achieved what was an almost impossible task.' (Awarded 15 June 1917)