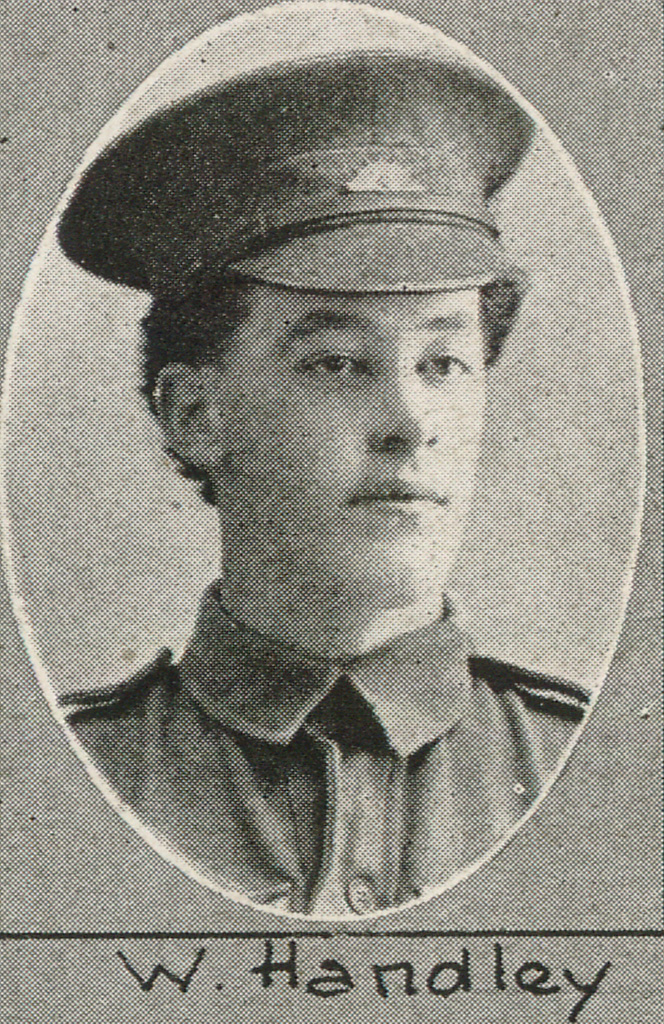 William Handley arrived in France in April 1916. Three months later he was killed in action at Pozieres and buried nearby at Sunken Road Cemetery. He was only 19. After the war his body was exhumed and re-interred at Pozieres British Cemetery.