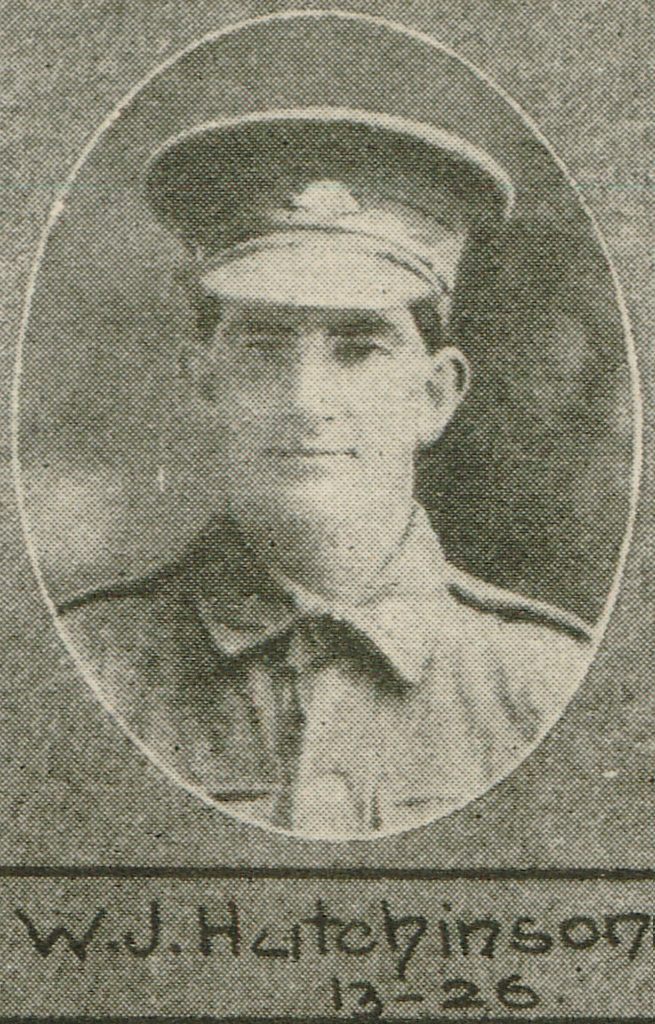 William Hutchinson arrived in France in October 1916 following several months training in Egypt and England. In November he was involved in heavy fighting near Flers that resulted in the capture of part of a German trench. But in a surprise attack two days later the enemy re-took the trench and he was killed in action. He was only 19.