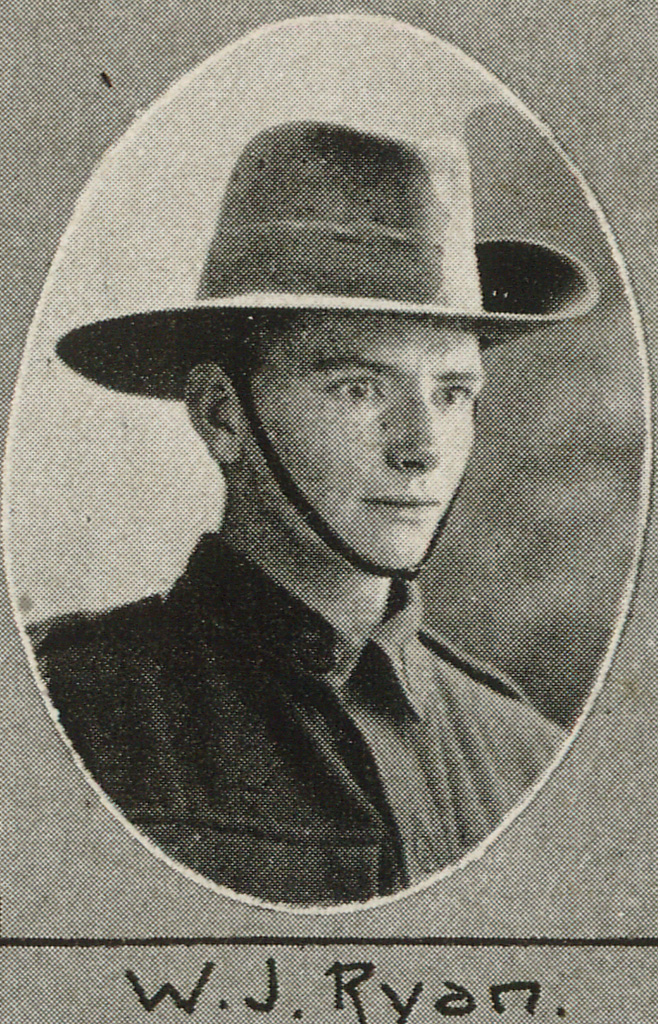 Military Medal citation: "During the whole of the operations from 8 August to 3 October 1918, this N.C.O. has displayed great courage and remarkable initiative at all times. In the attack on the Beaurevoir Line on 3 October 1918, Corporal Ryan was in charge of two crews of the Light Trench Mortar Battery. He went ahead with the attacking infantry, under very heavy fire, and reconnoitred positions for his mortars. He returned to his crews and guided them to the selected positions, rendering great assistance to the infantry with the fire of his mortars. Again on 2 September 1918 in the attack on Mont St Quentin, this N.C.O. was in charge of two crews, and although two of his men were wounded, he succeeded in getting his mortars into position, and successfully bombed two enemy machine gun posts which were holding up the infantry, thus enabling the advance to continue." (Awarded 20 August 1919)