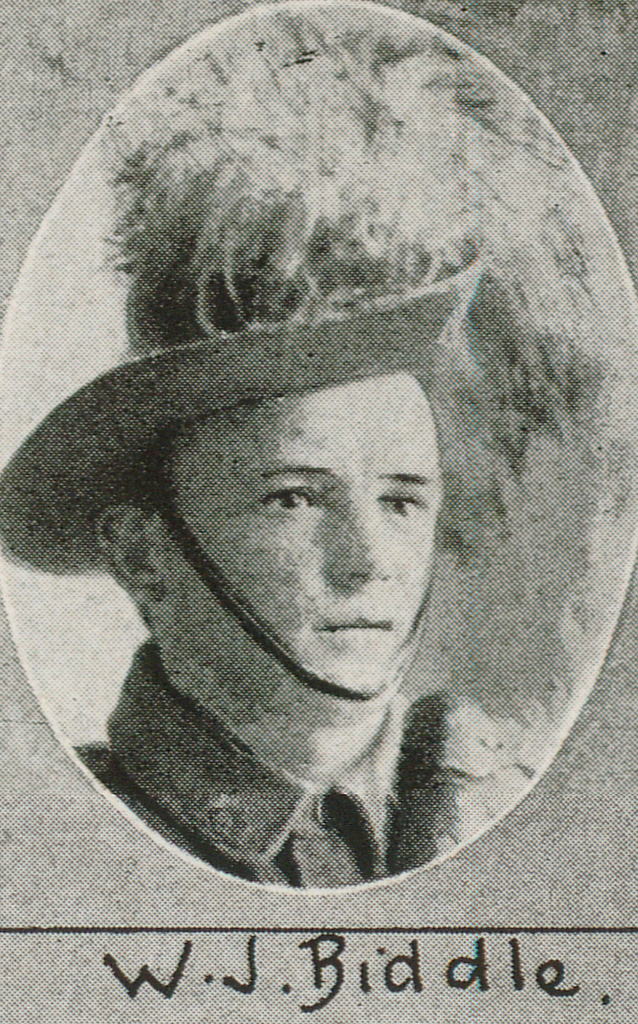 William Biddle arrived in France from Egypt in June 1916 with the 5th Light Horse Field Artillery. In January 1917 while his unit was occupying trenches near Bottom Wood, he was accidently killed when his dugout collapsed on top of him. A few days later he was buried nearby but after the war his grave could not be found.