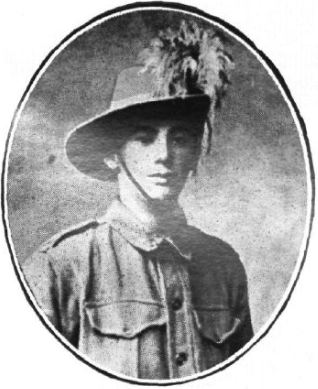 William Brown served as a Private in the Boer War with the 1st Queensland Mounted Infantry Contingent (1899-1901) and the 1st Commonwealth Horse Queensland Unit (1902).

Distinguished Service Order citation: “For conspicuous gallantry and devotion to duty on 14th July 1918 in command of a post near Mussulabeh which was heavily shelled. The enemy attacked it in strength, but were repulsed. Major Brown, leaving sufficient of his garrison to protect his front, directed the bulk of his machine gun and rifle fire on to an enemy concentration in Wahi Dhib, and also took their parties attacking Abu Talbut right in reverse, inflicting heavy casualties and demoralising the enemy. Thereby he materially assisted the counter attack by another cavalry regiment later in morning. Throughout the operations he handled his command with great coolness and judgment.” (Awarded 1 February 1919)