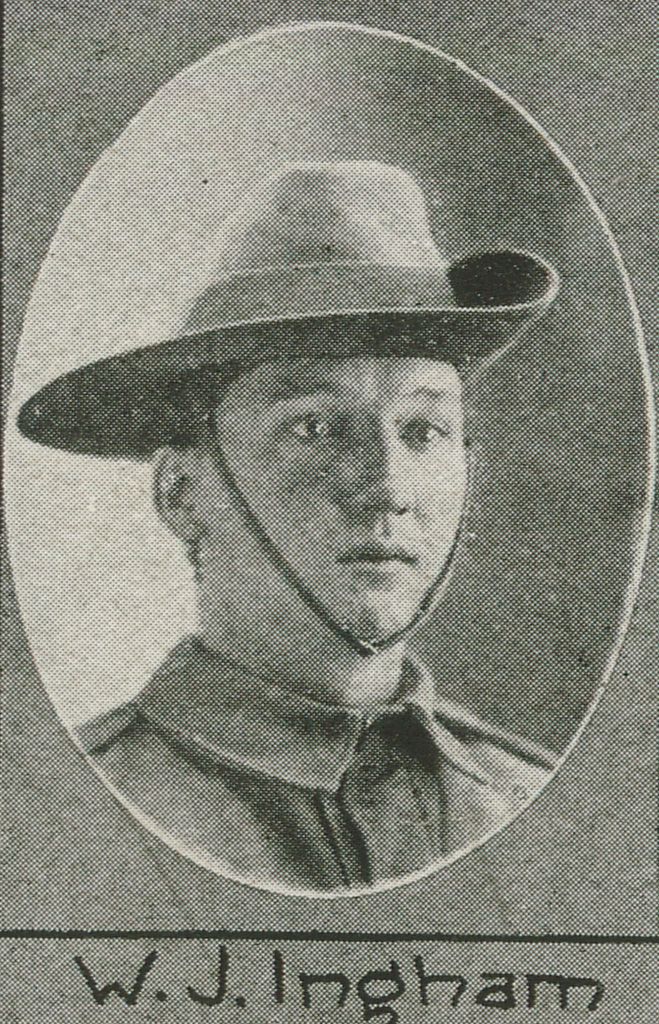 William Ingham served at Gallipoli from November to December 1915. In Egypt he transferred to the newly-raised 49th Battalion and arrived in France in June 1916. He fought at Mouquet Farm where the 49th suffered heavy losses. On 31 January 1917 at Dernacourt he was severely wounded by shrapnel. The following day he was evacuated to the 45th Casualty Clearing Station where he died of his wounds. He was 22.