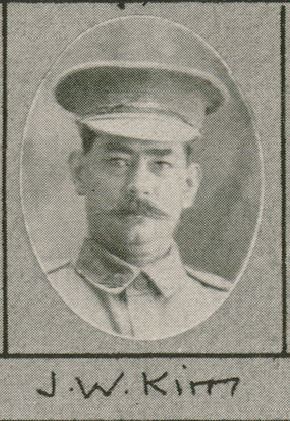 Military Medal citation: "On 31 July 1917 east of Warneton-Gapaard, this man showed great bravery during the action against enemy strong points. He was mainly responsible for the rapid evacuation of wounded up till 8 pm, when he himself became a casualty. His absolute disregard for machine-gun and shell fire in carrying out his duties as stretcher-bearer was very marked. He organised reliefs for stretcher-bearers and led them into the shattered areas. Enemy snipers were very active in this section." (Awarded 18 August 1917)