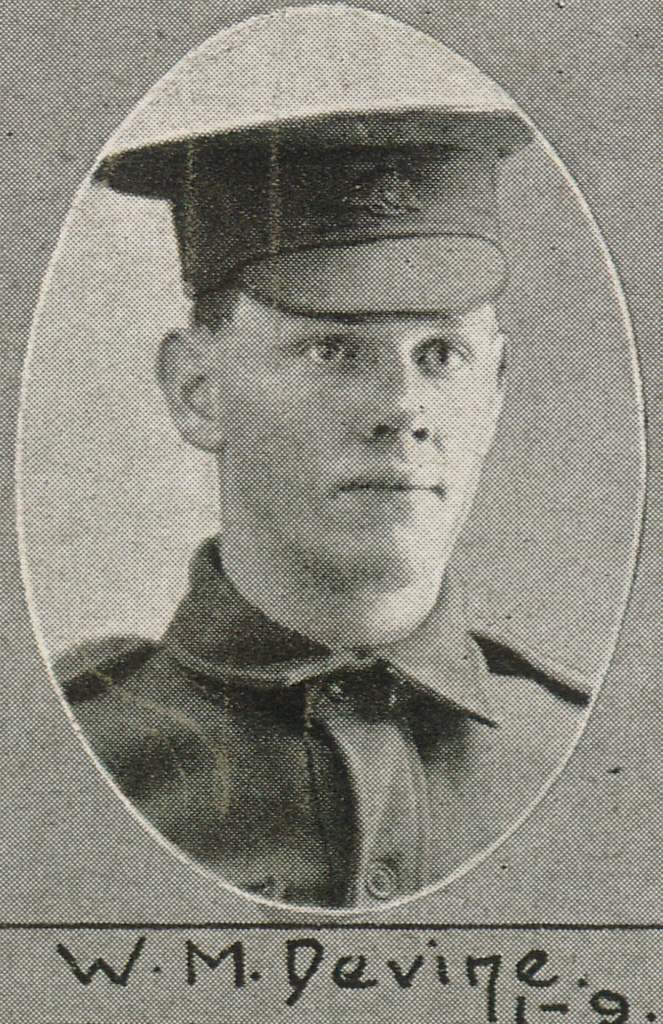 William Devine transferred to the newly-raised 49th Battalion in Egypt and arrived in France in June 1916 where he was promoted to Lieutenant. In November he was shot accidently and evacuated to England, returning to France in May 1917. On 23 March 1918 he was wounded in action near Amiens but stayed on duty until admitted to the 3rd Casualty Clearing Station on 6 April. He died soon after and was buried the next day. He was 22.

Military Medal citation: "His Majesty the King has been graciously pleased to award the Military Medal for bravery in the Field." (Awarded 11 November 1916)