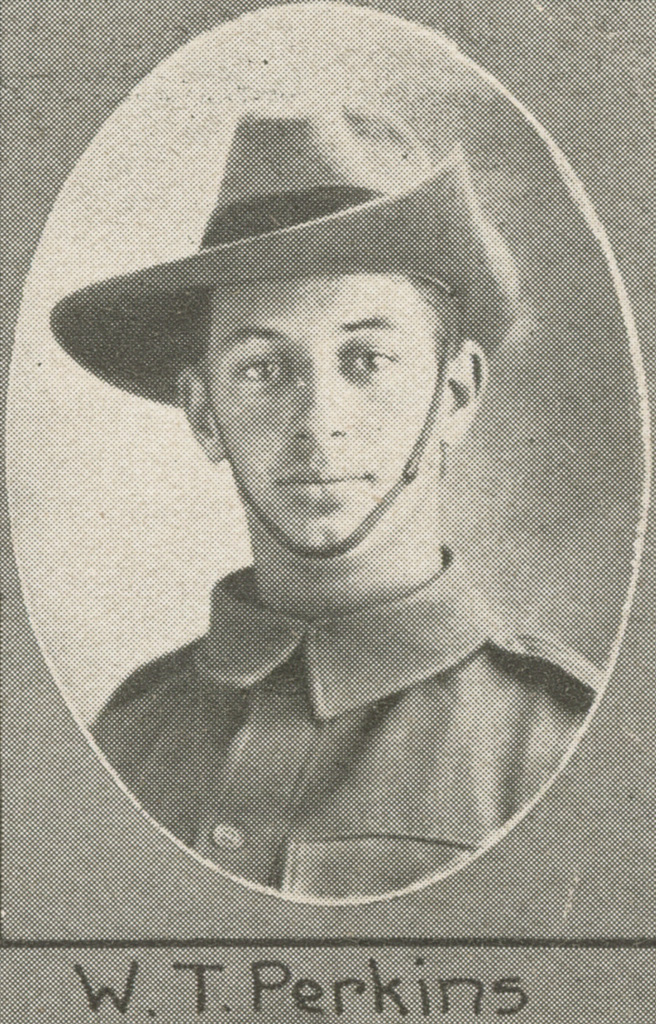 William Perkins landed at Gallipoli on 25 April 1915 with the 15th Battalion, part of the 4th Brigade led by (then) Colonel John Monash. He was killed in action five days later. He was only 20.