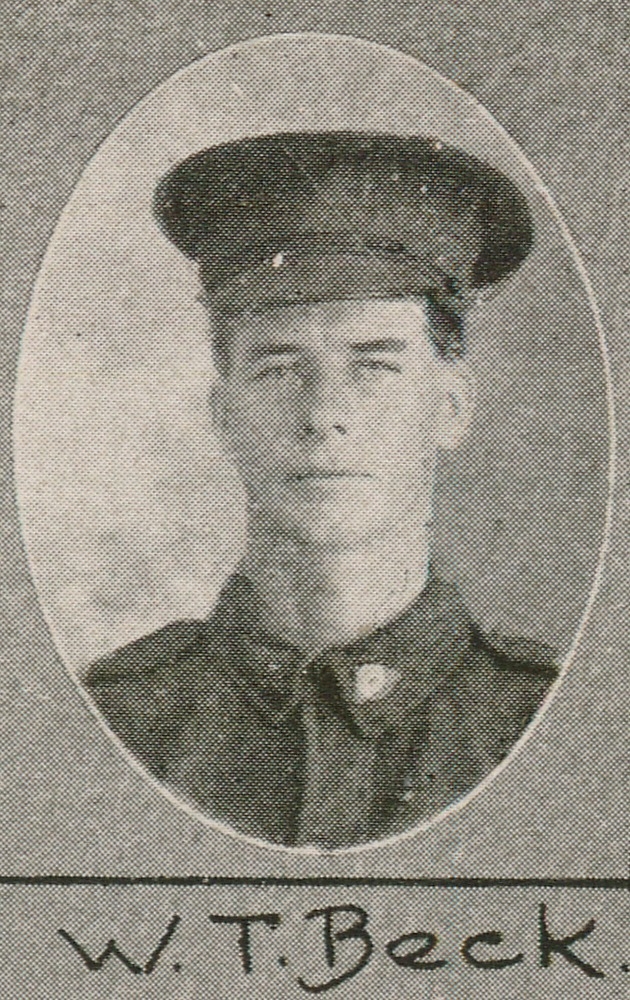 Also named on Jondaryan Honour Board.

William Beck arrived in France in August 1916 and transferred to the 12th Field Company Engineers. In February 1918 he was wounded in action, shattering his left knee. He was invalided to Shorncliffe Military Hospital where his leg was amputated. He returned to Australia in July and was discharged in November.