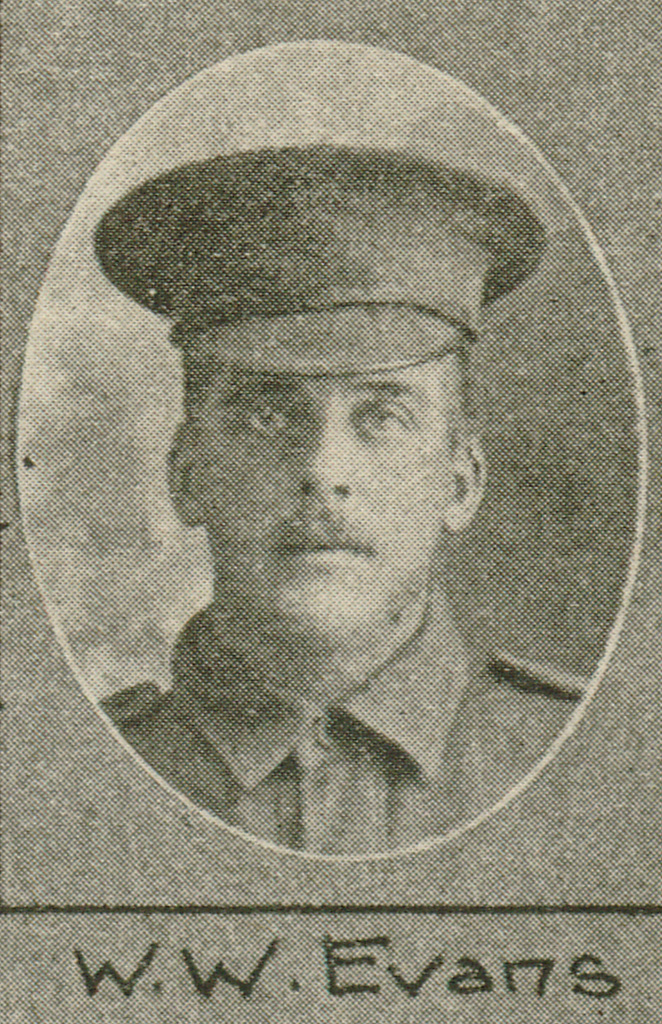 William Evans arrived in France in November 1916. He was wounded in action at Messines Ridge in June 1917 and hospitalised in England. While on leave in England in October 1918 he married Agnes Hempstead. He returned to Australia in January 1919 and was discharged in April.

Military Medal citation: "His Majesty the King has been graciously pleased to award the Military Medal for bravery in the Field." (Awarded 16 August 1917)