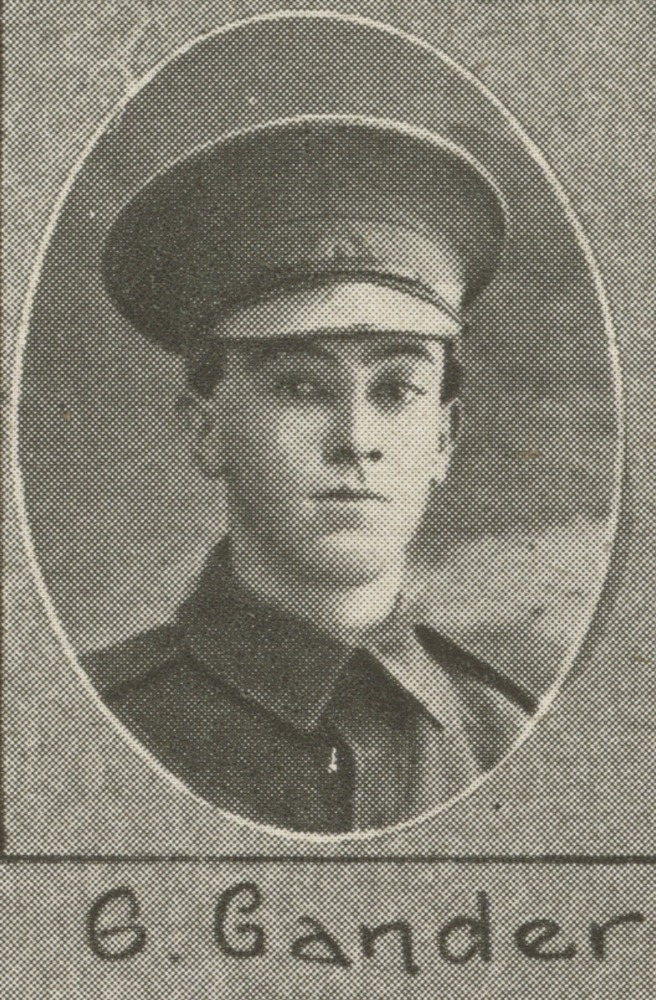 George Gander arrived in France in February 1918, after four months training in England, and transferred to the 52nd Battalion. Less than seven weeks later he was killed in action at Dernancourt. He was 23.