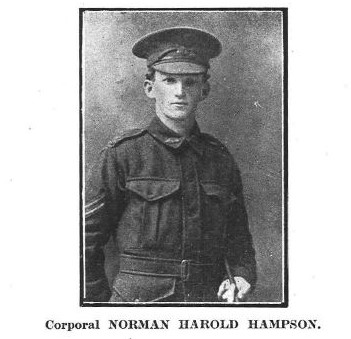 Norman Hampson arrived in France from Egypt in May 1916. Five weeks later he was wounded in action and hospitalised in England. He re-joined his unit in France in January 1917. In Belgium in October he was promoted to Corporal. Thirteen days later was killed in action at Passchendaele. He was 21.